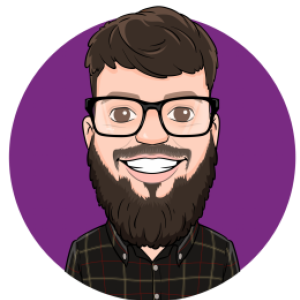 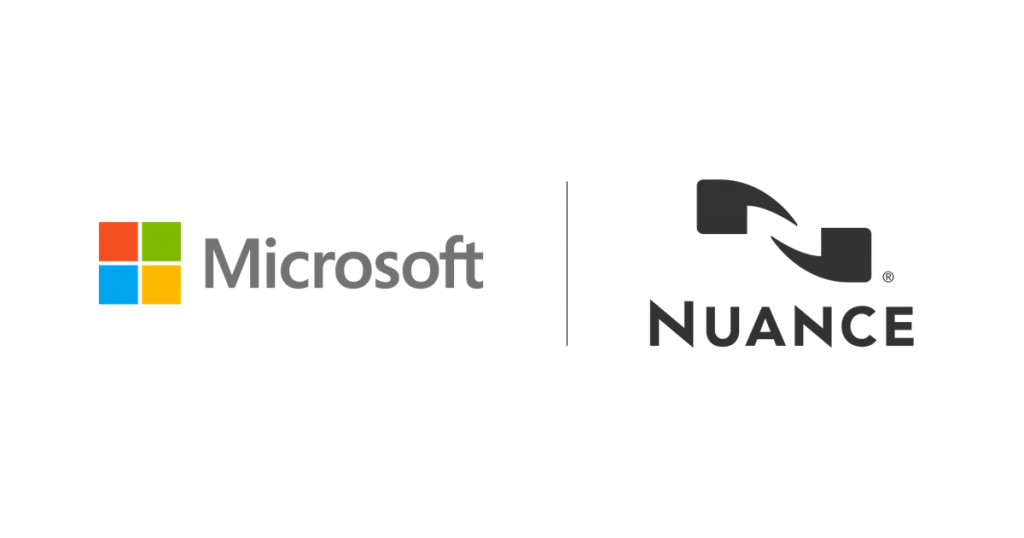 On 12 April 2021, Microsoft announced the acquisition of Nuance, an artificial intelligence (AI) solutions firm, in a bid to combine Microsoft Azure and Nuance’s AI service to deliver stronger AI capabilities across healthcare and other industries.

Beyond the astonishing figure of $19.7 billion, the deal represents the second largest Microsoft acquisition of all time and clearly demonstrates their intentions in the AI industry.

This development will improve Accuro’s own relationship with Microsoft’s Azure system, and lead to improved speech-to-text services in the future.  Find out more below.

Nuance is an AI technology firm that specialises in conversational and artificial intelligence for healthcare and other industries.  Nuance’s voice recognition system allows users to control their workflow systems (EMIS, SystmOne etc.) and document production.

Dragon NaturallySpeaking, originally introduced in 1997 is a light-weight speech recognition software package that converts live-audio to text in to an active window on a PC.  Originally developed to fit in to any industry, Nuance developed industry-specific dictionaries and deep learning, whereby the software improves itself over time once it begins to understand an individual’s style of speaking, accent and other voice ‘nuances’.

Dragon Medical One, the most up–to–date Nuance medical product was developed for the healthcare industry and is built upon NaturallySpeaking’s success.   But this isn’t where it started, as Microsoft and Nuance have actually been partners since 2019, in a bid to improve patient care.

Why have Microsoft purchased Nuance?

In 2010, Microsoft developed a new type of speech recognition, using their deep learning system.  Deep learning uses profiles and AI that literally learns, understands and ‘translates’ the differences in an individual’s speech pattern to produce more accurate text. Apple, Google, Nuance and others followed suit and developed their own deep learning systems.

Nuance have become one of the market leading speech recognition companies, with technology that has its advantages over Microsoft’s Azure speech services, and Microsoft recognised this.

The Covid-19 pandemic has highlighted the glaring issues surrounding patient care globally, with limited resources patient care standards have declined.  The advantages of all speech-to-text systems, including transcription is that it frees up time for doctors and healthcare professionals to spend improving patient care.

In 2020, Microsoft launched Microsoft Cloud for Healthcare, announcing that they would be looking to empower the healthcare industry using their Azure speech-to-text system to help enhance patient engagement.

Microsoft’s admiration for Nuance as “a pioneer and a leading provider of conversational AI” is one of the reasons they chose to purchase the company and will bolster their own speech-to-text system; however, Microsoft  also want to improve their own market share and acquiring Nuance will almost double their total addressable market in the healthcare sector.

Why is this good news for Accuro?

Accuro have partnered with Microsoft to provide speech recognition to our customers, as well as fully edited documents that can achieve over 99% accuracy.  With Microsoft’s current speech-to-text system implemented via Azure, Accuro can provide high-quality transcription at a lower cost and faster turnaround.  Accuro’s customisable model allows healthcare professionals to select which healthcare professionals would work well with a speech recognition system, and others who would benefit from human transcription.

With Microsoft acquiring Nuance, and its flagship product, Dragon, Microsoft will be improving and implementing the best in AI and deep learning to its own products including Accuro’s Microsoft speech-to-text system.  In the long-term we envisage this improving the accuracy of our speech recognition offerings and an increased understanding of the new world of transcription and speech-to-text services.

To find out more, please do not hesitate to contact us below.

If you want to type for us, please apply by clicking here. 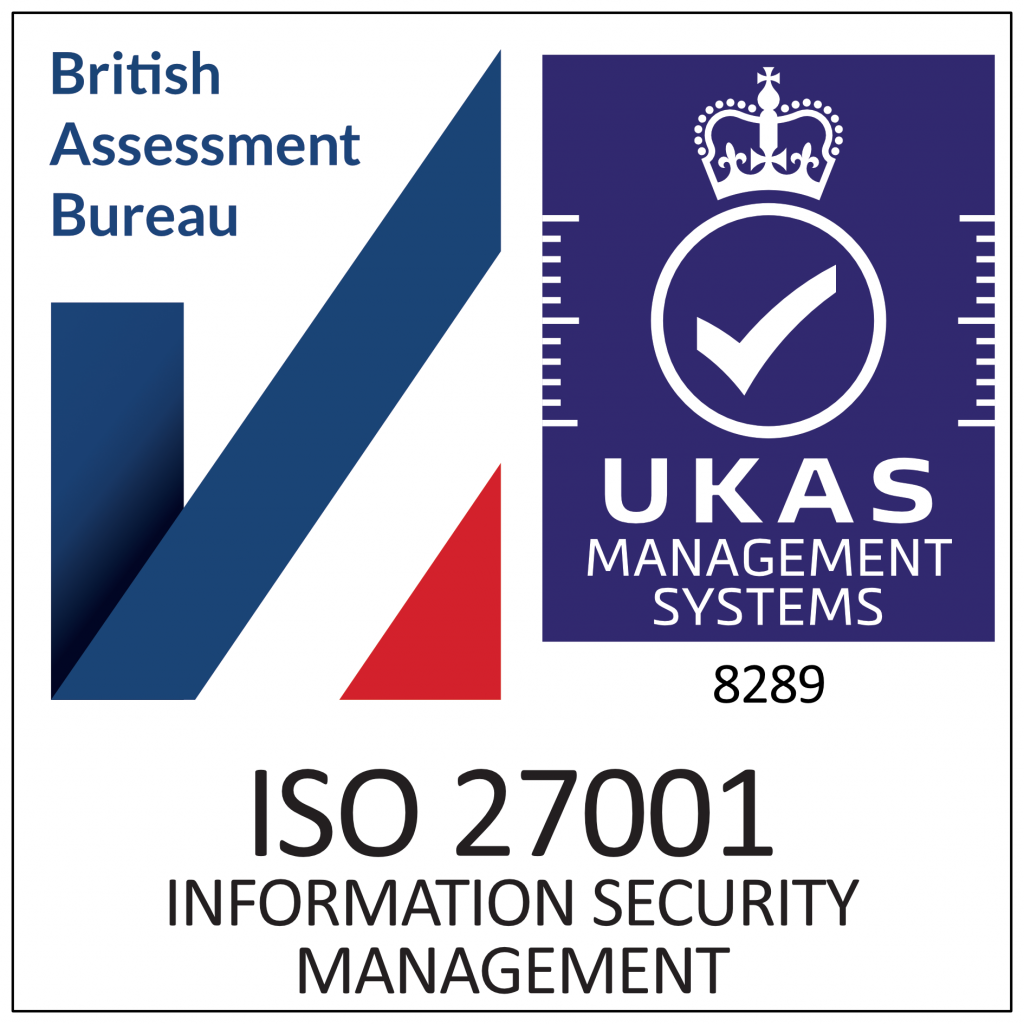 Accuro’s advanced legal speech recognition service uses the very latest in neural network technologies, Microsoft Azure. Customers choosing this service will be allocated a bespoke profile based on their speciality, with that profile being supported by one of Accuro’s technical glossaries.

You can also add a professional proofread, where content created by the speech recognition engine is checked for accuracy by Accuro’s team of legal proofreaders.

This is a back-end speech recognition service which means that audio is uploaded with a completed block text document being returned quickly but following a correction audit by a professional proofreader. A front-end engine requires users to sit and correct documents there and then, such as Dragon Naturally Speaking software. The back-end process delivers where users do not have time to correct and do not want a change in their current upload process.

Speech recognition is an automated transcription process which converts speech into text. This service is suitable for customers requiring a cost-effective and rapid rough draft copy of their voice into text.

Accuro is a back-end speech recognition service which means that audio is uploaded and a completed block text document is returned within minutes.

The back-end process delivers when users want to upload dictation and then want an administrator to process the document or edit in Microsoft Word themselves, at a convenient time.

The most accurate and flexible product. An industry specific, trained panel of UK transcribers produce highly accurate documents, replacing the need to employee local typists or assisting during peaks in workload.

Accuro specialises in producing accurate business ready documents from speech audio files. By accessing our secure portal, customers upload voice files which are distributed to a professional UK transcriber. Once complete, the file is instantly queued into an editing list and professionally proofread before we make it available to you or your secretary for onward distribution.

Whether you only need one file transcribing, or have a volume requirement you can access a dashboard to track progress, manage profiles, check spend plus much more.